Homepage > Shane Filan: "I was anxious and scared."

Shane Filan: "I was anxious and scared."

Former Westlife singer Shane Filan says that he was left anxious and scared following the collapse of his property business and the break-up of the hit boyband last year. 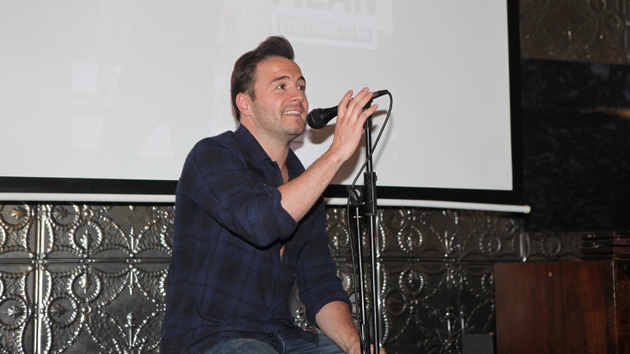 Shane Filan at the playback of his solo album in Dublin's Odessa Club this afternoon. Photo credit: Monika Karaliunaite

Speaking at a media playback of four tracks from his debut solo album in Dublin this afternoon (July 16th), the 34-year-old said that he considers himself very lucky to have "a second chance" following the end of Westlife and after the collapse of his property business left him €23 million in debt.

"What I went through was very public. I was embarrassed, my name was dragged through everything in a bad way at a time when this country isn't in a good place financially either. I'm now trying to focus on my album."

Filan also paid tribute to his wife, Gillian, his family and friends for supporting him and was reflective about his financial decisions in the past.

"When we were in Westlife, we got rich at a very young age but I think we were careful with our money,” he said. “OK we bought cars and stuff that you want to buy when you're young but I think when you have kids you don't want that kind of stuff so much and that was one of the main reasons I started investing in property because at the time property was the thing to invest in.

Filan is due to release his solo debut album, which he recorded in Nashville, later this year but he says that in the period following Westlife’s spilit last summer, he was left “anxious and scared.”

“Yes it was very scary. I didn’t have very much at all because you don’t know the future. I literally didn’t have a job and I didn’t have any money. It is now all about starting again from a position of being unsure and when you come out of something so sure as Westlife after 14 years, it can be a weird place.”

Asked if he ever fell into depression during that period, Filan said: “I never got down, down in the dumps. I just felt scared and anxious because of the uncertainty. My wife, Gillian, and my family and friends have been amazing. Having them around me and knowing that I had the chance of a record deal and having a career kept me going."

Filan releases his debut solo single, Everything to Me, at the end of August with his, as yet untitled album, to follow.

This website was built with Webnode
You can also have an impressive website for free!
Try it out