Homepage > Shane Filan Makes a Comeback with "Everything To Me"

Shane Filan Makes a Comeback with "Everything To Me" 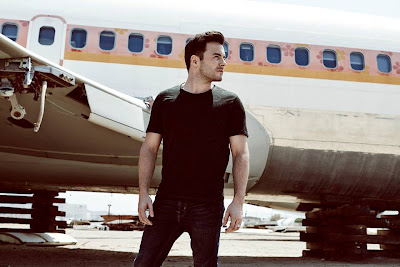 Shane Filan is no stranger to the Philippines. During his exclusive interview with Manila Concert Scene, the first thought that he shared with us was how much he loves coming back to the Philippines. He has been to the country four times when he went on tours with Westlife. Now, who could ever forget one of the most successful U.K. boy bands in music history? Who hasn't experienced singing along to a catchy Westlife song? Oh, memories! More than a year after the group disbanded, Shane Filan will be back to visit Manila as a solo artist on September 28 and 29.
Shane's solo project, "Everything to Me" EP, was released last August. He described the record as a mix of pop, country, and soul.

Listening to the tracks of his EP, you would get a feeling that this record was meant to cheer people up. It has a very positive vibe, and that is exactly the sentiment that Shane intends to express. "Everybody worries about life," he said. It's good to spread some positivity for a change. He stated that he feels happy when singing these songs and hopes that listeners would also feel the same way.

"Once" is a track that really caught my attention. I told Shane that if I had to choose, that would be my favorite song from his EP. "A lot of people have told me that. Maybe because a lot of people can relate to it. . . . The lyrics are universal," he said. This track is also, in fact, his favorite off his EP.

As a solo artist, there are bound to be changes in the creative process of making an album. "Well, it's much quieter," he said with a laugh. "You have to make decisions on your own, too. (This album) means an awful lot for me." It is very personal since the songs that he wrote are based on his own experience about life and love. However, he wanted to make songs with lyrics that "other people can relate to."

Thinking about the future, who would he most want to collaborate with? "Bryan Adams," he said in a heartbeat. "There are also a lot of great artists now, like Taylor Swift, P!nk, and Adele."

Shane mentioned having his solo career is like starting from scratch. Most people know him as "Shane from Westlife." This time, he wants to share his music and work hard to make a mark as Shane Filan.

He will visit a few countries and release a full-length album this year. In 2014, he will go on a U.K. and Ireland tour and hopefully (fingers crossed), go on an Asian tour, too. 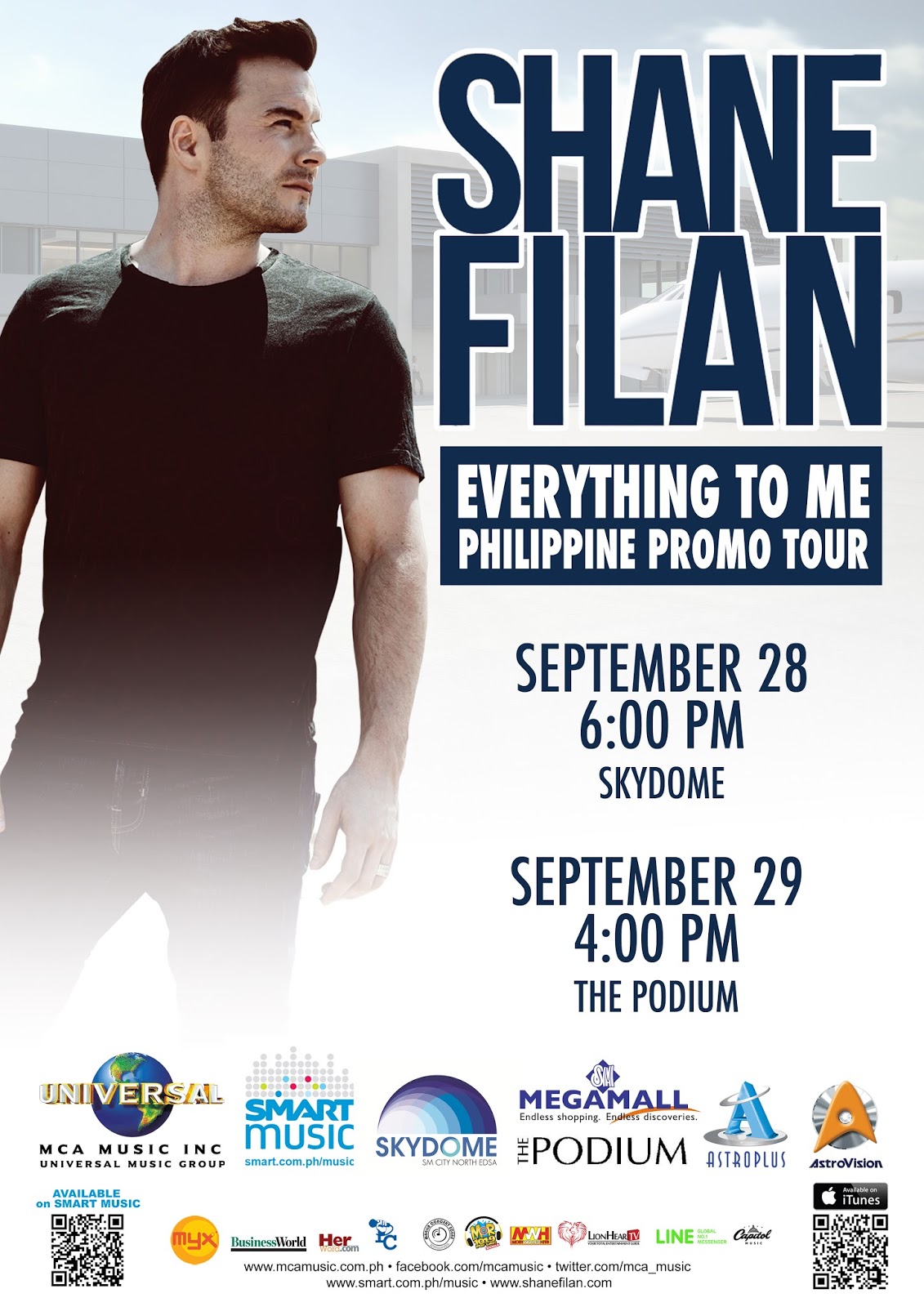 Fortunately, the Philippines was chosen to be one of Shane's stops this 2013. It is a known fact that our country has a huge Westlife fanbase. "I have a lot of memories of the Philippines, and all of them are good." He shared something unforgettable about his first visit to Manila back in 2000. It was Westlife's first tour overseas and they didn't know what to expect. Shane vividly remembers that there were so many people outside their hotel and that the reception of the Filipino fans was unbelievable.

Shane will visit the country from September 28-29. He is ready to be on stage again and show his fans how Shane Filan is as an artist. Personally, as a fan who grew up and changed with Westlife's music, I cannot wait to find out what he has in store for us.

This website was built with Webnode
You can also have an impressive website for free!
Try it out